Alain Touwaide on the Voynich – a review by René Zandbergen

I am grateful to René Zandbergen, whose authoritative site on the Voynich manuscript can be found here, for contributing the following review: 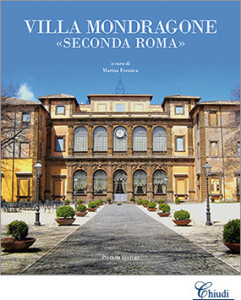 On the occasion of the 150th anniversary of the acquisition by the Society of Jesus of Villa Mondragone, the Second University of Rome ‘Tor Vergata’ has published a new book about the Villa.

The book, written in Italian, was presented to the world one month ago, on 25 February 2016 구글 사전 다운로드.

Such a volume had to include an article about the Voynich MS, and we find it on pp.141-158, written by the well-known historian of medicine Alain Touwaide, with a few small illustrations. While he is author of many scholarly articles about medieval medicine in general, and illustrated herbals in particular, the present article does not go in this direction, but is presented as an overview written for the general public Goddess of Athena War. It does not include any new revelations about the MS, but it is still of significant interest, as it is one of the rare occasions that a renowned historian writes about the MS and presents expert opinions based on his own observations of the MS and the digital scans. He was one of the experts participating in a small symposium about the MS organised by the Folger Shakespeare library on 7 November 2014:

The article begins with an introduction covering the enigmatic figure of Wilfrid Voynich and the history of the MS, clearly rejecting the roles of Roger Bacon and John Dee in the tradition Download The Buzz Lab. His first observation about the MS itself is that many of its plant illustrations present a correspondence with botanical illustrations from the 14th and 15th centuries, and he compares the MS with two herbals from this period, namely  Paris BNF Lat 6823 and London BL Sloane 4016, devoting two of the four illustrations to parallels between these MSs and the Voynich MS [Note 1]. Touwaide has recently published a scholarly edition of the Sloane MS with a 500-page commentary [Note 2]. 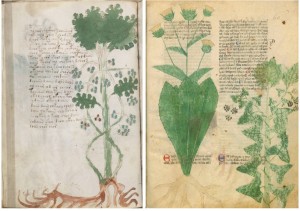 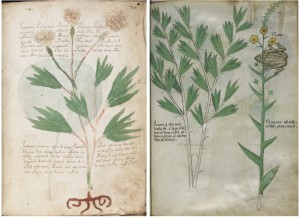 He briefly addresses the forensic dating of the MS, and states as one of the few new insights that the binding is typical for Italian MSs of the 15th century. Later in the article the cover is identified as a modern (possibly 19th century) replacement.

Probably the most interesting part of the article is Touwaide’s own description of the various sections of the MS 포트리스 2 다운로드. He calls the first part a herbal, but does not add anything to his earlier comparisons, except generic statements about what one should expect to find in the accompanying text.

The following part he calls astrological and astronomical, and he confirms the logic of the presence of such a section near a botanical section, as it would help the physicians and healers to read in the stars the present and future medical condition of their patients, among other things Download 680 episodes of one piece.

He spends a bit more time on the next part, which he describes as balneological. He stresses the fact that the water is running freely, without any visible pumping mechanisms, and that the scenes are of relaxing nature, without any sign of eroticism. The women are not young girls, which would be more typical in a Renaissance setting, but older women marked by the events of life and the bearing of many children teamviewer 8. This section reminds him of thermal baths of ancient tradition more than of Renaissance fountains and water games. Such baths can be encountered in the Eastern Mediterranean, in central Italy and also in Germany (e.g. Baden Baden).

Skipping the next cycle of illustrations, which he consider difficult to interpret, possibly astrological, he arrives at the part with examples of what he calls “cylindrical container[s], resembling an albarello, a pharmacy jar or a small colour phial with engravings, gilding or other refined decoration” 기생충 영어 자막 다운로드. He points to the fact that the plants in this part are small and simplified, and suggests that they are probably intended to refer to the earlier botanical part of the MS, and perhaps show the species to be used for the preparation of the product contained in the jars at the side of the text.

The text-only section at the end of the MS he interprets as an index, and he points out the large amount of information suggesting that it could be a synopsis of the foregoing response setheader file.

In summary, he considers the overall composition of the MS as highlighting a coherence which resembles the often accurately built organization of medicine manuals. He praises the careful handwriting throughout the MS, which he places in strong contrast with the application of paint in the botanical figures. He sees two styles of paint application, which he calls light and heavy, and in particular considers the heavy application of what looks like gouache to have been detrimental to the quality of the MS 축구영상 다운로드. He thinks it may have been added at a later stage.

One of the striking aspects of the article is Touwaide’s frequent mention of the idea that the MS could be a fake. While he clearly rejects the possibility of a modern fake, he does not exclude the possibility of a fake from Rudolphine times. He also addresses the point that the world of codicological, paleographic, artistic and historic erudition seem to have distanced itself from the MS, and the fact that the “Voynich world” is rife with theories. He cites two more exotic theories about the MS: the meso-american theory by Tucker and Talbert, and a second theory (whose author he does not specify) that the MS is written in Greek and includes recipes for perfumes, originating in a multi-cultural setting in Constantinople at the end of the Byzantine empire. He is careful not to state any opinion about the credibility or likelihood of both of these theories.

Some minor points of interest are that the colour annotation on f4r (illustrated as Fig.4) is read as the German word ‘rot’, which he contrasts with his general view that the MS is Italian, and the parallel he notes with the alchemical herbal MS Firenze 106. This MS, of the same size as the Voynich MS and with equally careless application of paint, includes a cipher table on its first folio.

As mentioned at the start, while there are no major new insights, this paper is another relevant source and interesting for our understanding of the Voynich MS.

[Note 1] He presents the oak-and-ivy illustration found in BNF Lat 6823, and a similarity of Sloane 4016 fol. 81r with Voynich MS fol. 2r, where the Sloane MS plant does not include the flowers.

[Note 2] See here: http://www.moleiro.com/en/books-of-medicine/tractatus-de-herbis.html . The sales video included on this page is the source of the suggestion, mentioned also in the paper, that the Voynich MS may come from the same atelier as Sloane 4016, which Touwaide clearly contradicts.