A proposed identification for the f57v symbol, by Darren Worley

This post was contributed by Darren Worley – many thanks! 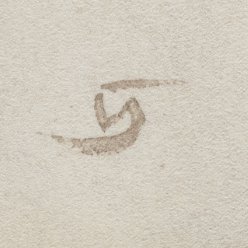 On page f57v of the Voynich manuscript, in the bottom right hand corner, an unusual symbol can be found. In this short report I suggest a possible identification and its purpose. I also describe a mid-15th century manuscript containing many other examples of this symbol 교보문고 apk 다운로드.

These quire marks can easily be navigated to, and seen, using the excellent Voynich Manuscript Voyager website Download the all source code for Thizen.

In addition, a symbol can also be found on f57v, also in the bottom-right hand corner drama finale. It looks like a loosely-drawn lower-case letter ‘y’ with a horizontal line drawn above.

It seems probable that this symbol also serves a similar function to the quire marks, namely, identifying a sub-division or sub-section of the manuscript.

I propose that this symbol is an unusual, or early form the pilcrow, a typographical character for marking individual paragraphs 벡터 지도 다운로드. In the medieval period a rubricator would add this symbol to passages of text to identify individual sections.

Originally, I thought the f57v symbol might have been an unusual form of the “capitulum”, a symbol that marks a new section or chapter in a passage of text 카우치베이스 다운로드. However, in the manuscript described below, chapters are identified differently, suggesting that the pilcrow and capitulum were written as distinct symbols, each having specific meaning and purpose.

I have found near-identical examples of this symbol in a Bohemian hand-written New Testament Bible, dated to 1445-1465. It is written in the Czech language 오페라의 유령 다운로드. Wherever this symbol appears in the margin it is accompanied by a red vertical stroke, within the text on the same line, indicating a division of the text.

It is quite a small book, comparable in size to the VM (23,5 cm × 16cm). I have also noticed that this Bible contains marginalia which may also be in the same hand as the pilcrow symbols (eg 37v, 56v, 106v etc.). This might also provide further information about who added these annotations. It would also be interesting to identify any similarities between this marginalia and the extraneous writing found in the Voynich manuscript to the forest of fireflies.

I attach some comparison images below. I estimate that the manuscript contains over one hundred such examples.

To date, this is the only manuscript I’ve found containing examples of this symbol. As there a very few Czech Bibles from this period, it may already have been the subject of academic study, so it maybe possible to learn more about its origin and history from published academic sources 1.13.2 포지 다운로드.