A lot of people have recently asked me my opinion about the Voynich ‘New World’ theories, for example suggestions that it was written in Mexico in an Aztec language, because the plants look Mexican Regents.

Such theories tend to date the production of the manuscript to the 1500’s, and explain the carbon dating (1400’s) by suggesting, for example, that the vellum was kept unused for decades windows server 2012 r2 iso 한글 다운로드.

Personally I prefer not to engage in speculation about authorship and dates until we have more evidence about the script and language, and in any case my linguistic analysis suggests a strong Near Eastern/Asian linguistic dimension Download Currency Wars. However, recently I came across a piece of information which might be of interest in this debate.

I recently completed a detailed discussion of Voynich page f6v in which I present evidence for identifying that plant as Ricinus communis, the Castor Oil/Bean plant Download atmega8. To my mind that evidence is strong, drawing on analyses by a number of plant specialists as well as near-contemporary illustrations. 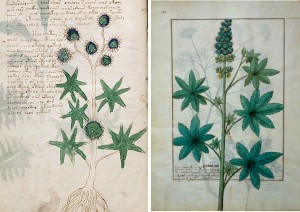 I was then looking at an intriguing book called Gardens of New Spain: How Mediterranean Plants and Foods Changed America and noticed that the earliest confirmed evidence for this plant in Mexico is the 1750’s (p129) Download the Cai Calculator. The author says that the plant could have arrived before that, but there is no evidence for it.

This implies that if the plant on Voynich page 6v is Ricinus communis, the Castor Oil plant, then how could anyone in Mexico have seen that plant in the 1500’s, some 200 years before its known first appearance in Mexico latest version?